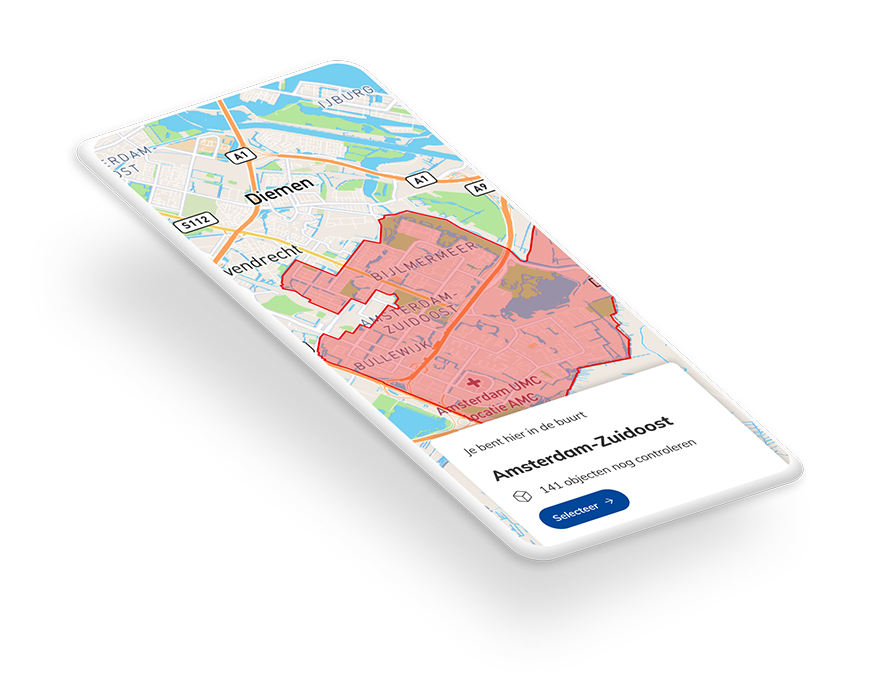 In Amsterdam, companies have to pay taxes due to advertising. And only those advertisements that are visible from or making use of the public area.
In 2008, the Tax department of Amsterdam launched the new Copper app to register all the objects used by companies to advertise.

The main goals of this project were:
My role was to do research on the performance and usability problems of the current app and to create wireframes and prototypes for further development.

To have a good understanding of how the users approach their tasks, we went hands-on, doing the job together with the user.
While on the job, we noted down the tasks and what steps was needed  to complete one. This helped us get a clear view of how the current situation was, also it was a great chance to empathise with the user.
‍‍
We created wireframes and analysed this with the users. We had the user run down the tasks he would normally perform and to think out loud while interacting with the wireframes.
After some iterations, we went on creating a hi-fi prototype. 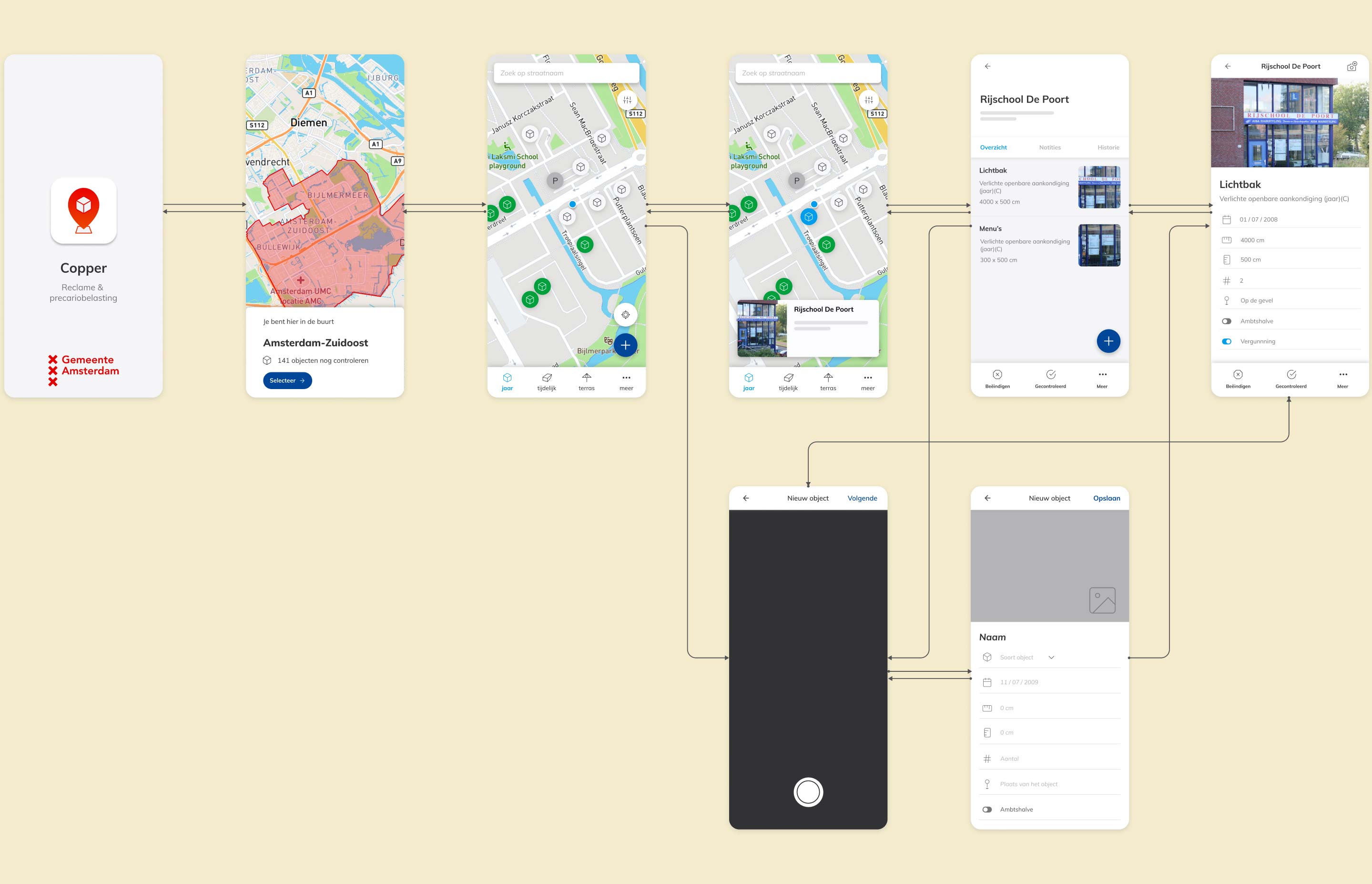 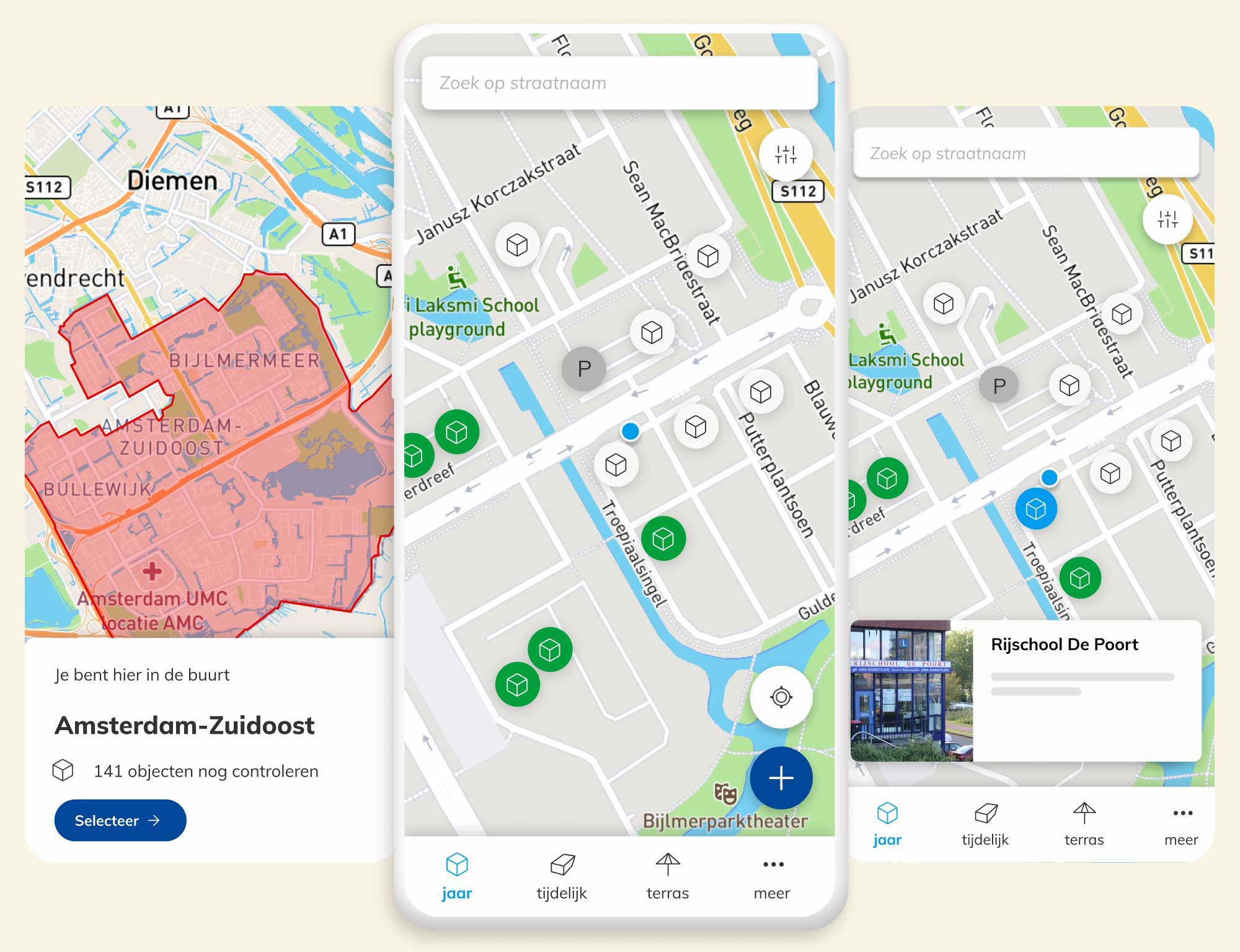 The initial app only supported manual search. To search for an object, the user had to manually search by name or address. Which is ok, but the load time was really bad. At some point it took thirteen seconds to show a list on the screen.

A separate photo camera was used to snap a photo of the object. The user had to manually attach the file to the object registered in the app.

Most of the advertisement-objects do not change that regularly. Some companies having multiple advertisement objects had to be checked by the user piece by piece, not having an option to change the status of all the objects at once.

Show a list of objects on the map based on the location of the user. The search should not influence the wait time, faster load time leads to better user experience.

Map movement triggers the “search in this area” feature. Giving the user the freedom to explore around. For example where to go next.

Add actions on a higher level for advertisement-objects that do not change regularly, so the user can check all objects at once.

Add the ability to take or edit a photo directly from the phone camera. 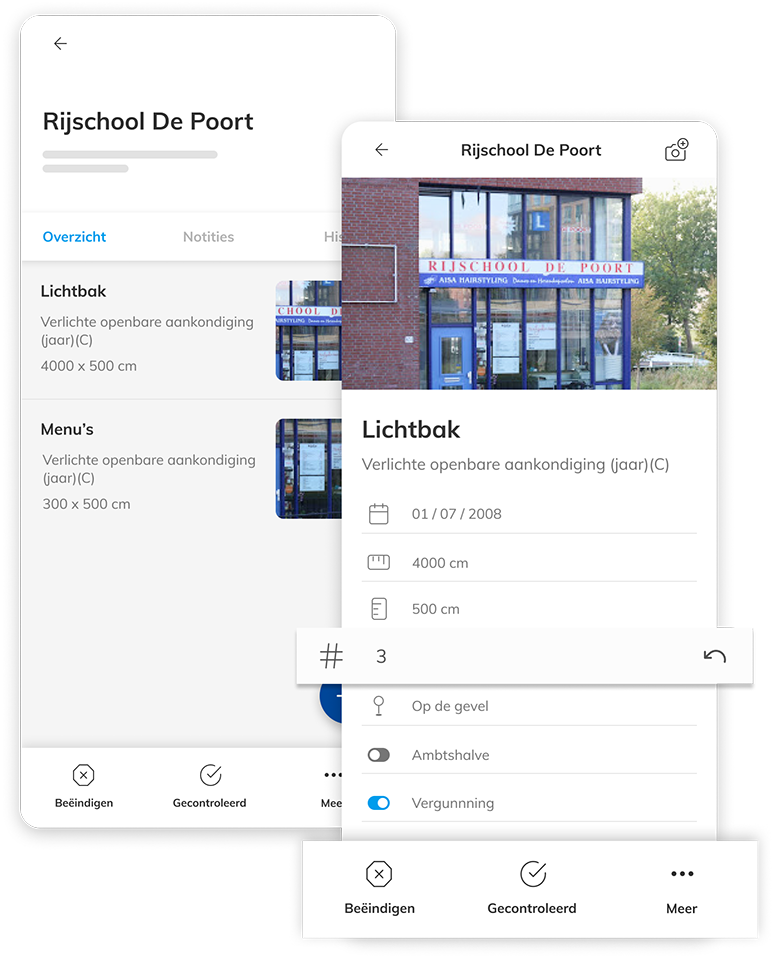 Make quick changes, instant save.
Redo when needed or check the log for any edit that has been made.

Two actions that are used regularly are fixated in the bottom of the app, more actions are hidden and can be revealed.
Update 21-04-2020: Had the chance to talk to someone from the Tax department. They are now using machine learning to determine the advertisements objects and measuring its size while driving through the streets. The user would check the results captured and adjust where needed, and this will go back in the feedback loop to improve the AI. Cool stuff!
The information in this case is from my point of view and does not necessarily reflect that from Gemeente Amsterdam.